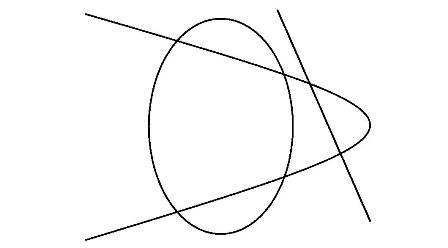 Leonhard Euler discovered a formula relating the number of edges, vertices, and faces of a convex polyhedron, and hence of a planar graph.

The constant in this formula is now known as the Euler characteristic for the graph (or other mathematical objects), and is related to the genus of the object.

The study and generalization of this formula, specifically by Cauchy and L'Huillier, is at the origin of topology.

This is one of the many Enrichment tasks on this site.